In the beginning,
we are told,
there was nothing.

Then,
there was something.

In the big picture, this was WHERE we “started.” END_OF_DOCUMENT_TOKEN_TO_BE_REPLACED 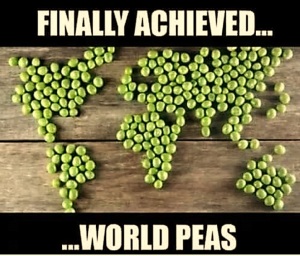 Technologies are advancing so quickly that we have to plan our lives around times without electronic devices, just to feel human.

It all started with Quantum Mechanics. Robert Hooke a natural philosopher, architect and polymath from England,
proposed in the 1600s that force and gravity had attractive properties in space.

From these humble beginnings we know that light travels faster than sound.
This is why some Humans appear bright BEFORE we hear them speak.

Human: What happened when Chuck Norris and Time had a race?

END_OF_DOCUMENT_TOKEN_TO_BE_REPLACED

What was old and wrong is new again (and still wrong).
This is Groundhog Millennium!
Misstatements are the new Truth.

END_OF_DOCUMENT_TOKEN_TO_BE_REPLACED

Kansas has had a dramatic history. It is reported that Native Americans were living in Kansas as early as 12,000 B.C.

They were followed for centuries by many different tribes making the history of Kansas entwined with the first Americans.

Between 1541 and 1739 explorers from Spain and France came to the area in search of gold, knowledge, and trade with the Indians. In 1803, Kansas became a part of the United States as part of the Louisiana Purchase. Fifty-one years later it was organized as a territory, which included the eastern half of Colorado.

Conflict over slavery led to bloody battles between free-staters (anti-slavery) and pro-slavery forces. This led to the attack on Lawrence by pro-slavery forces and the widespread public outcry associated with “Bleeding Kansas.”

Kansas became part of the United States as the 34th state in 1861, a free state.

After the War for Southern Independence (The War of Northern Aggression), expansion of the rail system to Kansas and the increasing stream of immigrants lured to the state by offers of cheap land, Native Americans were forced into smaller and smaller reservations.

Ultimately their removal to Indian Territory forced the final confrontation in the late 1870s that ended the independent life of the Native Americans.

The establishment of military posts to protect the railroads and trails used by immigrants had led to the establishment of small towns, which followed the posts. By 1870, the Kansas cow towns, following the westward expansion of the railroads, became well established. Such towns as Dodge City, Abilene, Caldwell, Newton, Wichita and Salina took their turns as the Queens of the Trail.

To this day, the cattle industry remains an important part of the state’s economy.

The introduction of Turkey Red Winter Wheat by Mennonites from Russia in 1874 was a milestone in Kansas agriculture. The wheat was ideally suited to the Kansas climate and has made Kansas one of the leading wheat-producing states in the nation.

I am from Texas, but this is so fascinating, and so unnecessary for our Native Americans.

Kansas, the rock band, is also awesome.
Click here for the 1980 Houston concert.