What is the attraction to opera?

It is symphony and brass band, plus more.

It is ballet and passionate couples, but still more.

It is theater with murder and lust and gentle creatures, and yet much, much more.

I saw my first opera at the age of 10, it was a travelling company performing a snippet of the Wolfgang Amadeus Mozart opera “The Magic Flute.” It was loud and boisterous.

The crowd was into it and we were encouraged to sing along. I did not have a clue what the camaraderie was all about. Or, why it made so many people happy. A few years later I began to learn the very basics of Italian. So much like Spanish, so close to Julius Caesar’s Latin that I knew it was the language of passion and power… and so was German.

You know how it is when you first ride in a red car? Suddenly, you can spot all the red cars on the road immediately? It is the same with opera. After I went to my first opera, my life changed. All things were operatic. Excerpts of “Pagliacci” were on TV with a young Luciano Pavarotti singing. Listening to a radio recording of “Die Walküre” with Birgit Nilsson singing in her Brünnhilde role. Sales pitches included operatic singers hawking cars and even candies. So many sitcoms, not so many baritones, though. 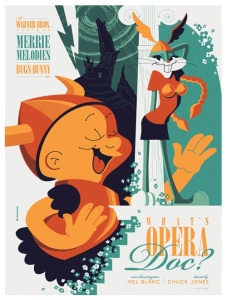 Even the Merrie Melodies “Looney Tunes” cartoons featuring the comedic rabbit, Bugs Bunny, jumped into opera in July 1957. The project highlighted Richard Wagner operas. The most famous was “What’s Opera, Doc?” That Elmer Fudd is quite the singer! The “kill the rabbit” melody was later re-inserted into the American conscience as a Vietnam War tune via the “Apocalypse Now” film.

Opera did all that, and then some!

For me, opera is an acronym: Over-the-top Performance Entertainment Relishing Attraction. “I want you to want me!” it screams, with all deference to Rick Nielsen, Tom Petersson, Robin Zander, and  Bun E. Carlos of the American rock band Cheap Trick. The only other place you can hear bawdy songs,  see riveting and cool theater sets, watch evil versus good, understand a plot unfolding through dance, experience the high-pitched cries of sorrowful maidens and the growls of underworld demons is at a KISS concert! 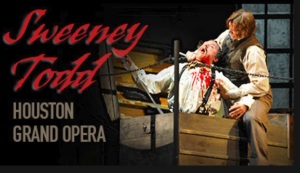 Opera does that so well!

The book definition of Opera is: “Italian: a form of theatre in which music has a leading role and the parts are taken by singers. Such a ‘work’ (the literal translation of ‘opera’) is typically a collaboration between a composer and a librettist and incorporates the performing arts: acting, scenery, costumes and dance. The performance is accompanied by an orchestra or smaller musical ensemble, led by a conductor.  Blah, blah, blah!

Enjoy an opera before you die!

The character Edward Lewis (Richard Gere) explains to the character Vivian Ward (Julia Roberts) when they are about to see the opera “La Boheme” that “people’s reactions to opera the first time they see it is very dramatic.  They either love it or they hate it. If they love it, they will always love it. If they don’t, they may learn to appreciate it.”
Even the writer of the “Pretty Woman” film, J. F Lawton, could not avoid extolling the virtues of opera in pop culture.

Make attending an opera #1 on your Bucket List of things to do.

“Without music we are wooden. Without opera we are ashes.”
~Lawrence J. J. Leonard 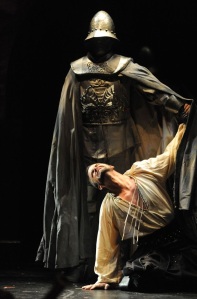 Read about it here: https://marsearth.wordpress.com/about/